Dip in Covid-19 cases in Kozhikode

Opposition leader Ramesh Chennithala attacked Pinarayi government in Kerala for its massive backdoor appointment in government departments and move to make all those corrupted posts,permanent.He alleged nepotism throughout the reign and pointed out film director Kamal’s recommendation in Chalachithra Academy appointments.
Kamal’s idea was to induct leftist people in the academy posts.Being CPI M is the qualification to get a job-Ramesh pointed out.
He was addressing media in Kozhikode today as part of his Aioswarya Kerala Yathra.
He said that Sabarimala is still a major issue in Kerala.The CPI(M) must make its stand clear whether they are in the same stand or changed their mind.The party  must stop the drama-he added.
When UDF comes into power,there will have a resolution in Sabarimala.

In Sabarimala issue we stood with believers.If CPIM has changed its earlier stand,the government must withdraw the affidavit already filed in the Supreme Court-he said.
The High Court had  quashed the recent appointments in Calicut University and the court sharply criticized the government action. Yesterday, 114 people were confirmed in the CDIT. Earlier, 280 people were appointed in Keltron. Steps are being taken to make the temporary staff in government institutions like Health Department, Industries Department, KILA etc , as permanent .
Gold smuggling case
While speaking about  CM’s former Principal Secretary Shiva Sankar’s release in connection with the gold scandal case,Chennithala said it was a nexus between the BJP and the CPIM.The case has already stalled.It was the result of both the center and the state government’s deal-Chennithala said.

This News was posted on Thursday, February 4th, 2021 at 4:05 pm and is filed under Uncategorized.

SPC project may replicate in Delhi

Should pregnant women be vaccinated?All you need to know about Covid-19 vaccine

Boby meets Rajappan and offered him a house 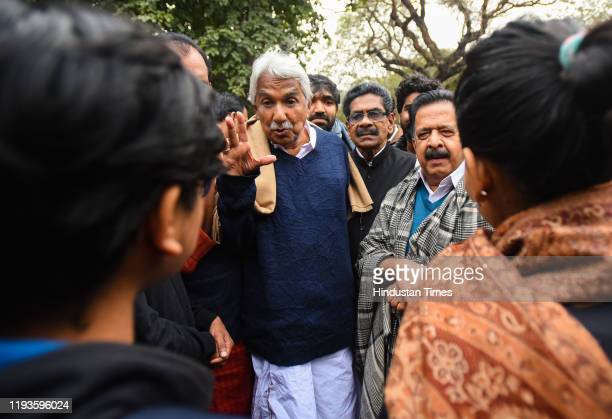 Covid for 674 people in Kozhikode district

Prohibition in five places in Kozhikode

‘Everyone knows why CM is now against Central Agencies’-K.Surendran

Covid for 481 people in Kozhikode district

Covid for 851 people in Kozhikode

Covid for 714 people in Kozhikode district

WHO urges greater COVID-19 vigilance in Africa as holidays near 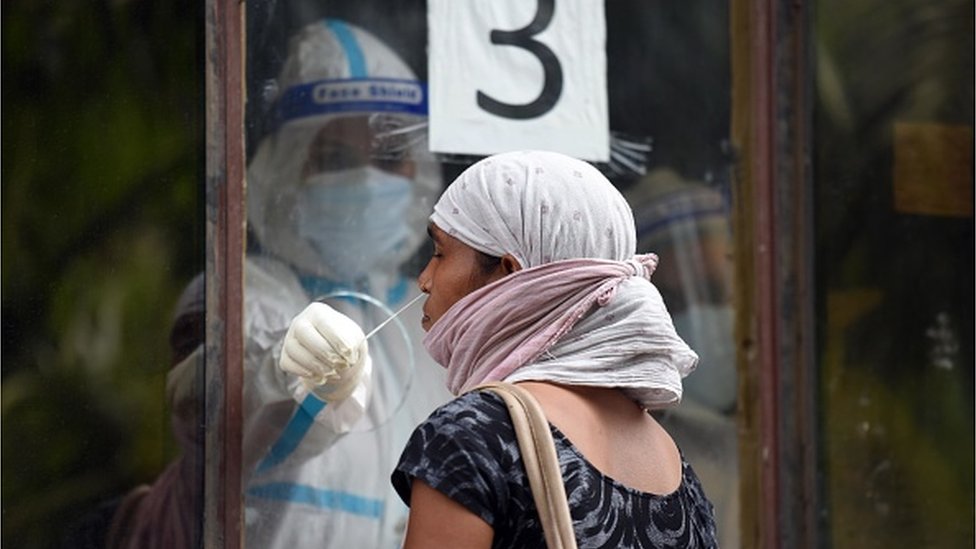 Covid for 575 people in Kozhikode

WHO DG gone into quarantine

Merchants to go on strike against ‘govt.harassment’ 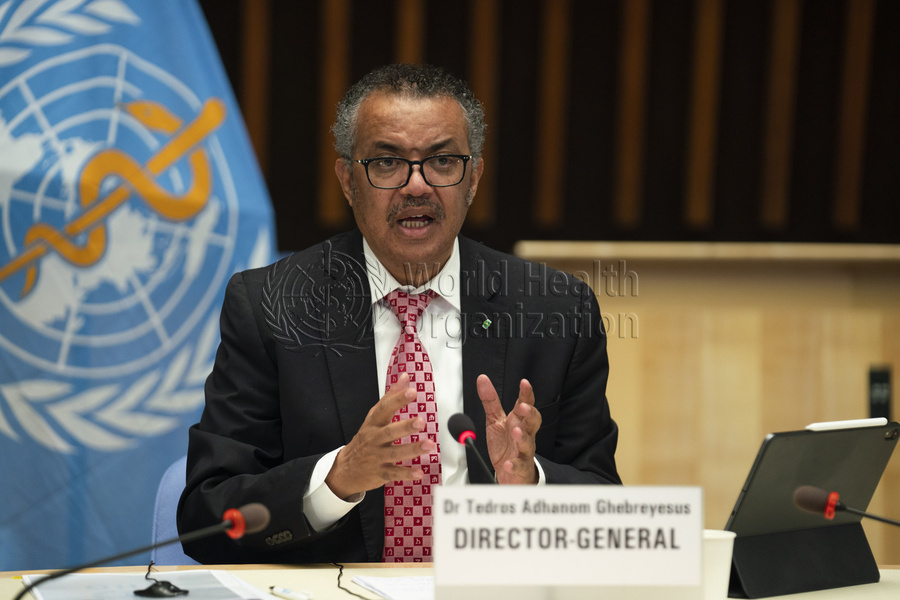 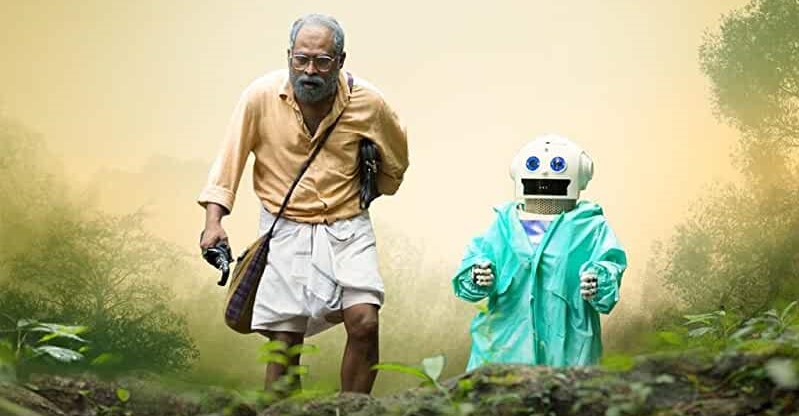 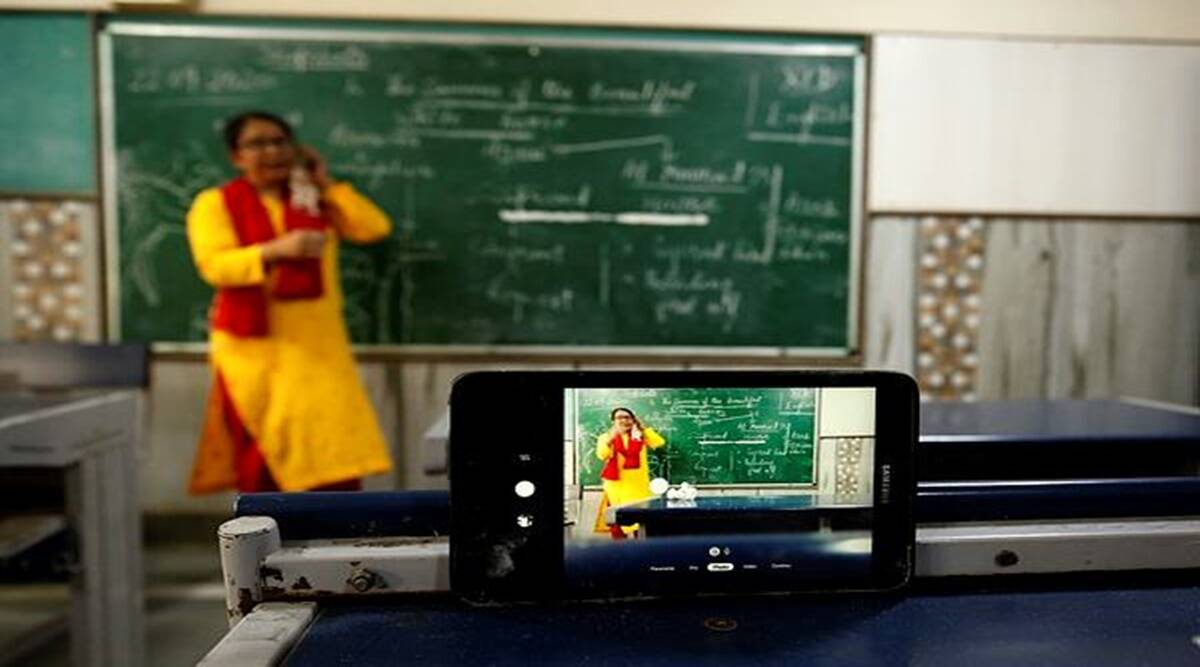 Covid-19 spread;demand for the closure of Industrial Development plot at West Hill in Kozhikode

Covid-19;What are the new regulations imposed in Kozhikode Corporation limit?

Google celebrates 22 anniversary with a doodle;Read the story behind Google

Vaishnavi has got a new home thanks to Boby Chemmanur 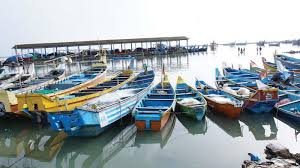 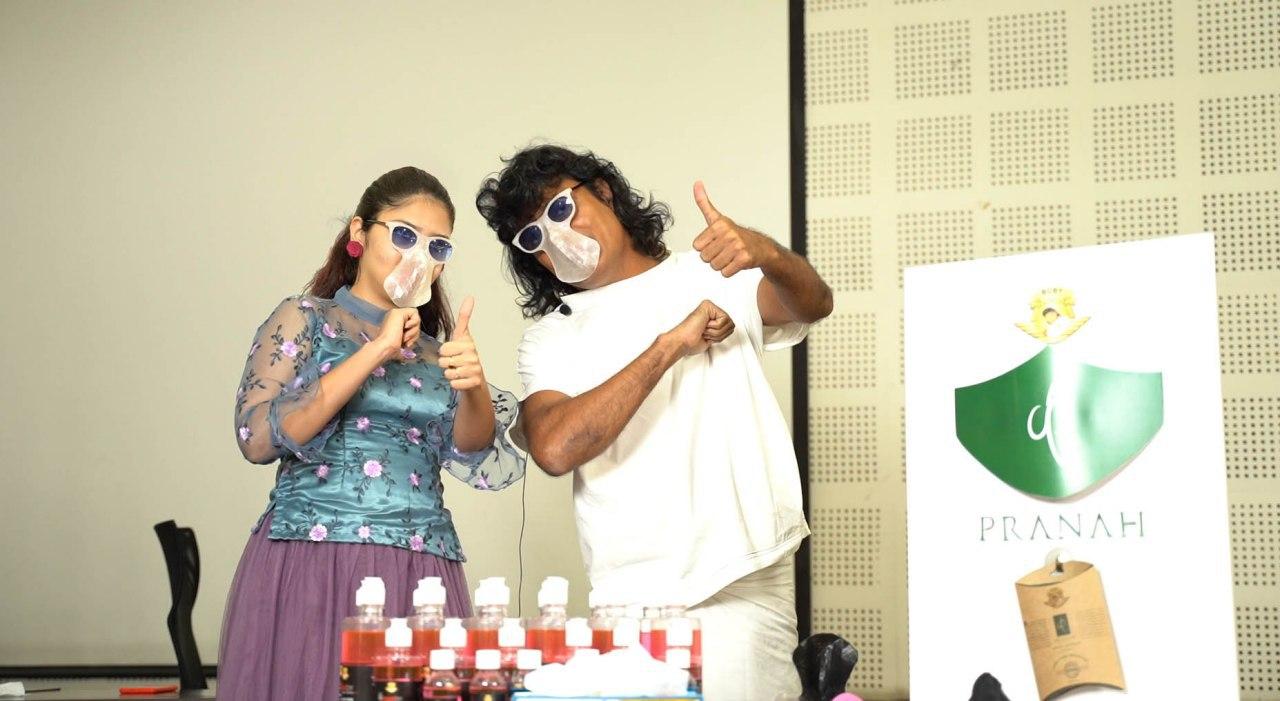 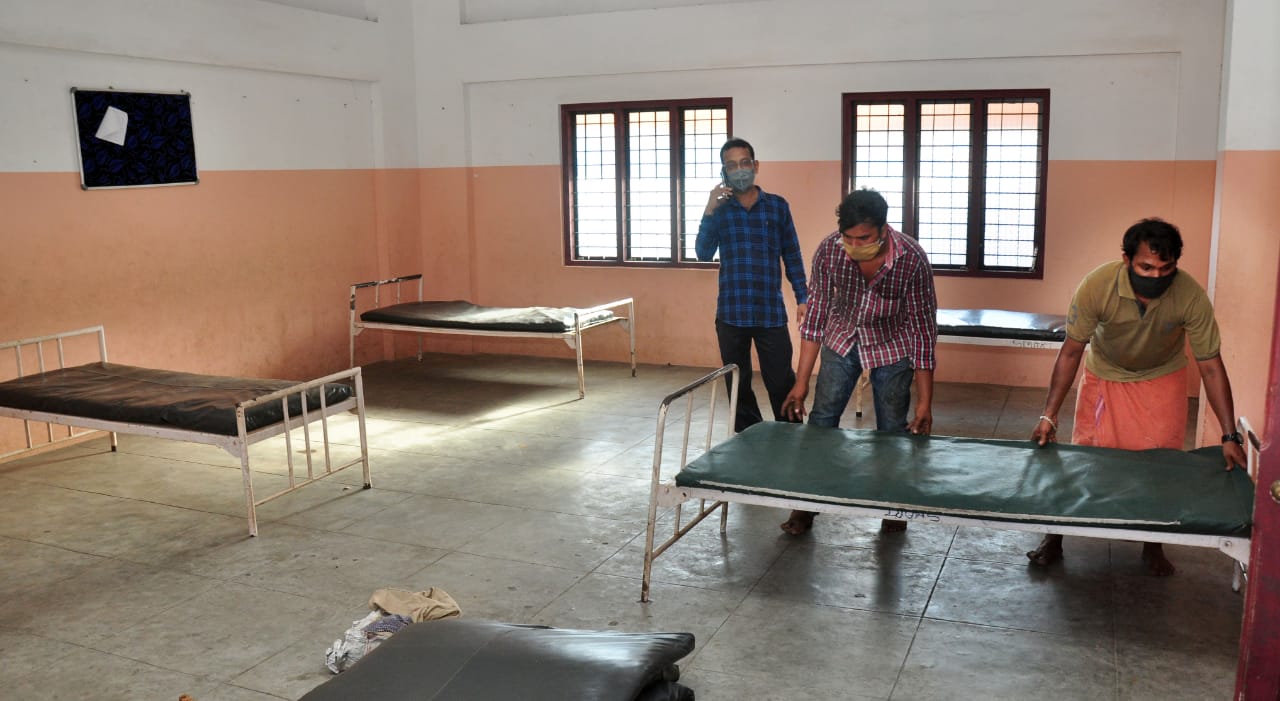 Online Certification Program in Data Sciences and Analytics for Business

Total lock down in Kozhikode district on Sunday 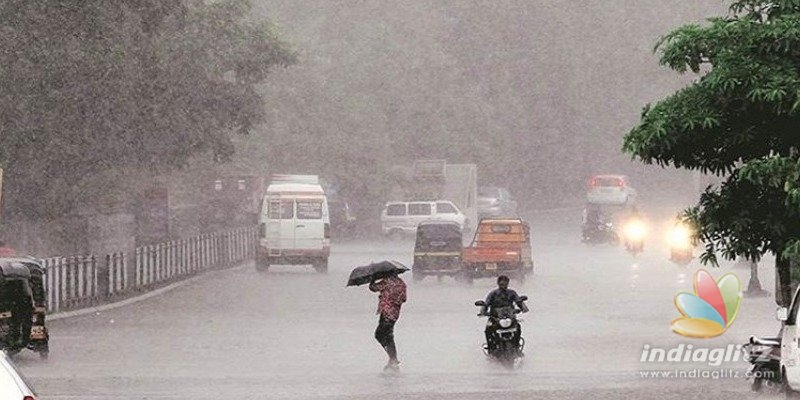 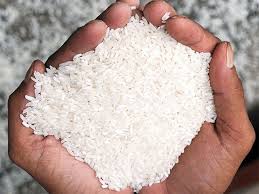 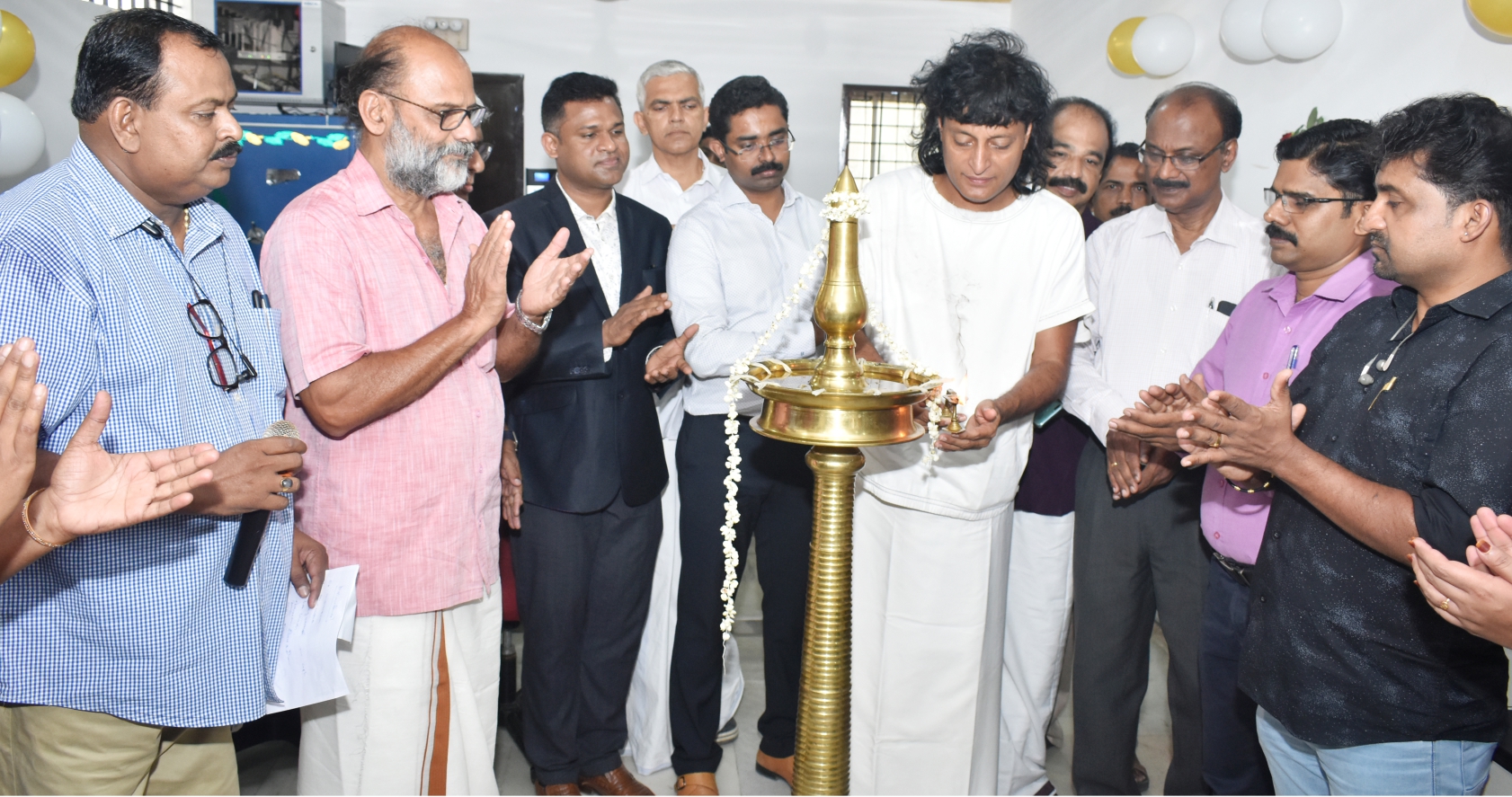 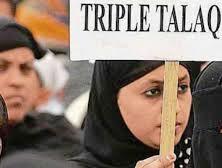 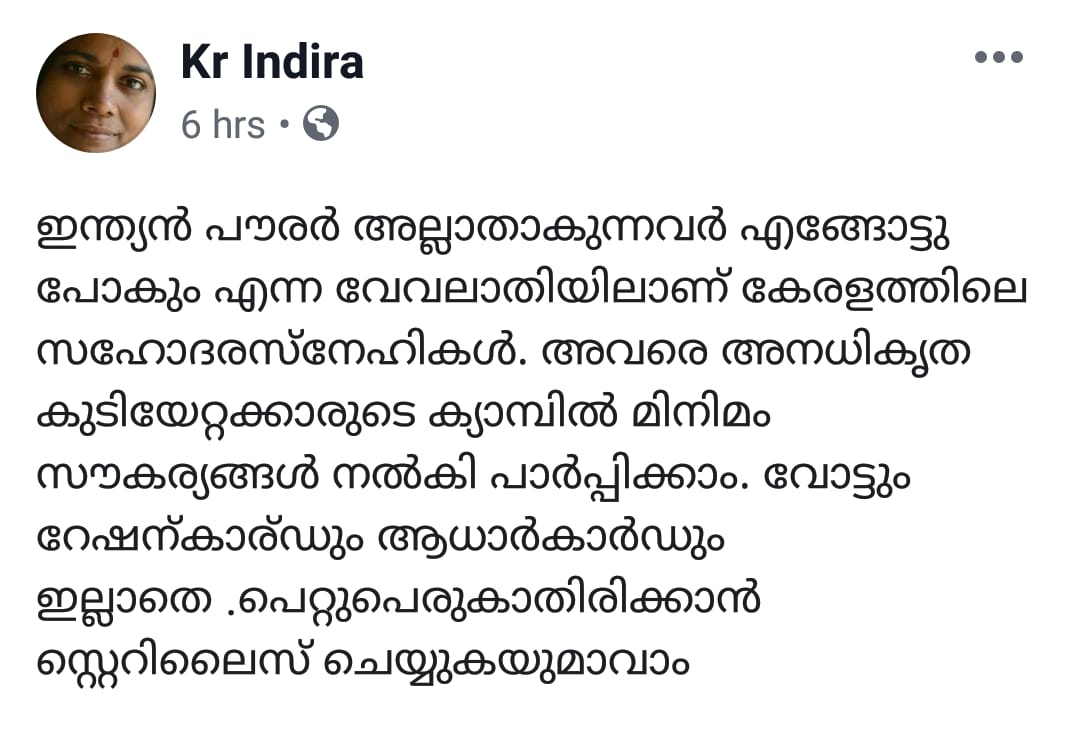 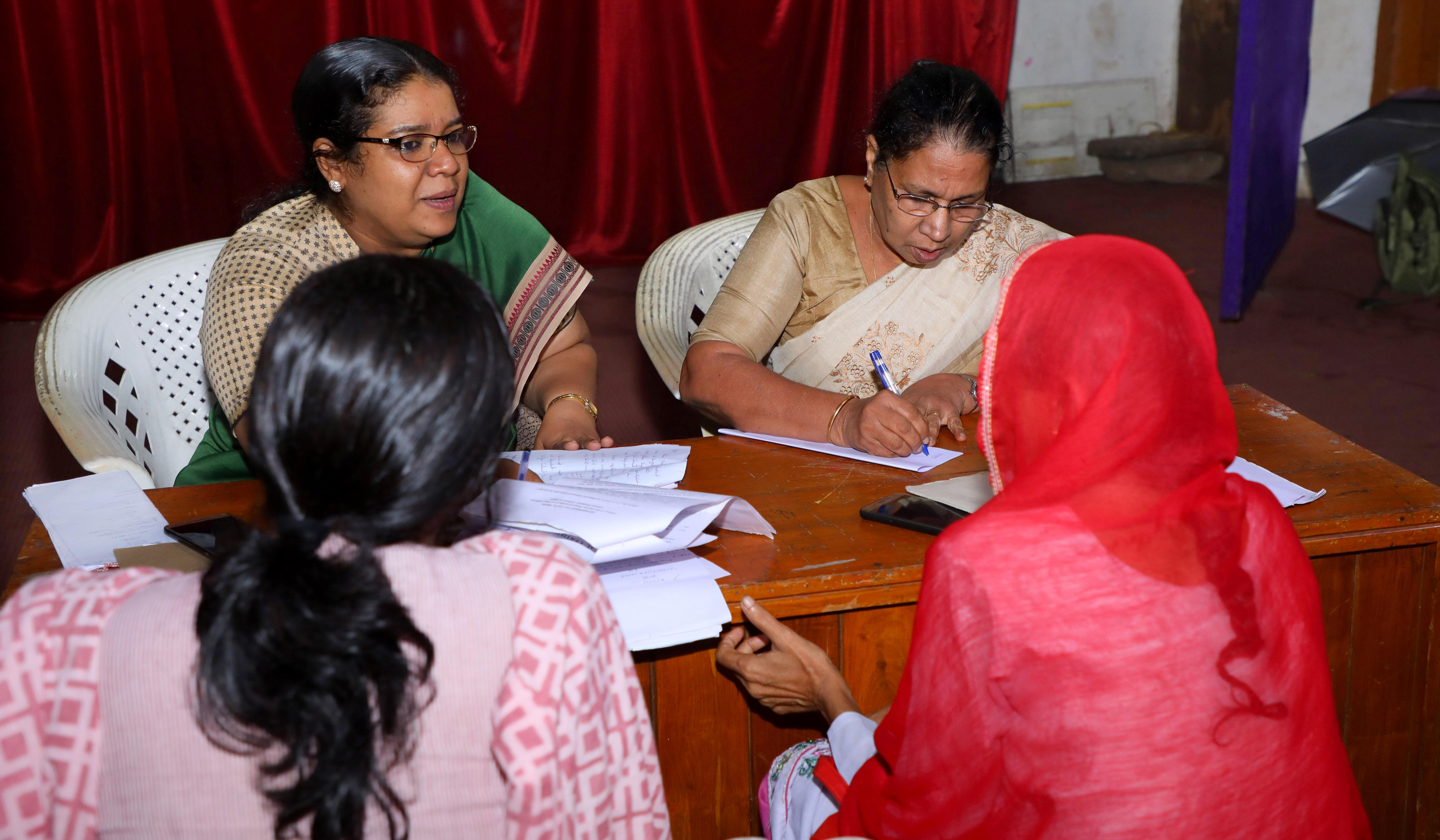 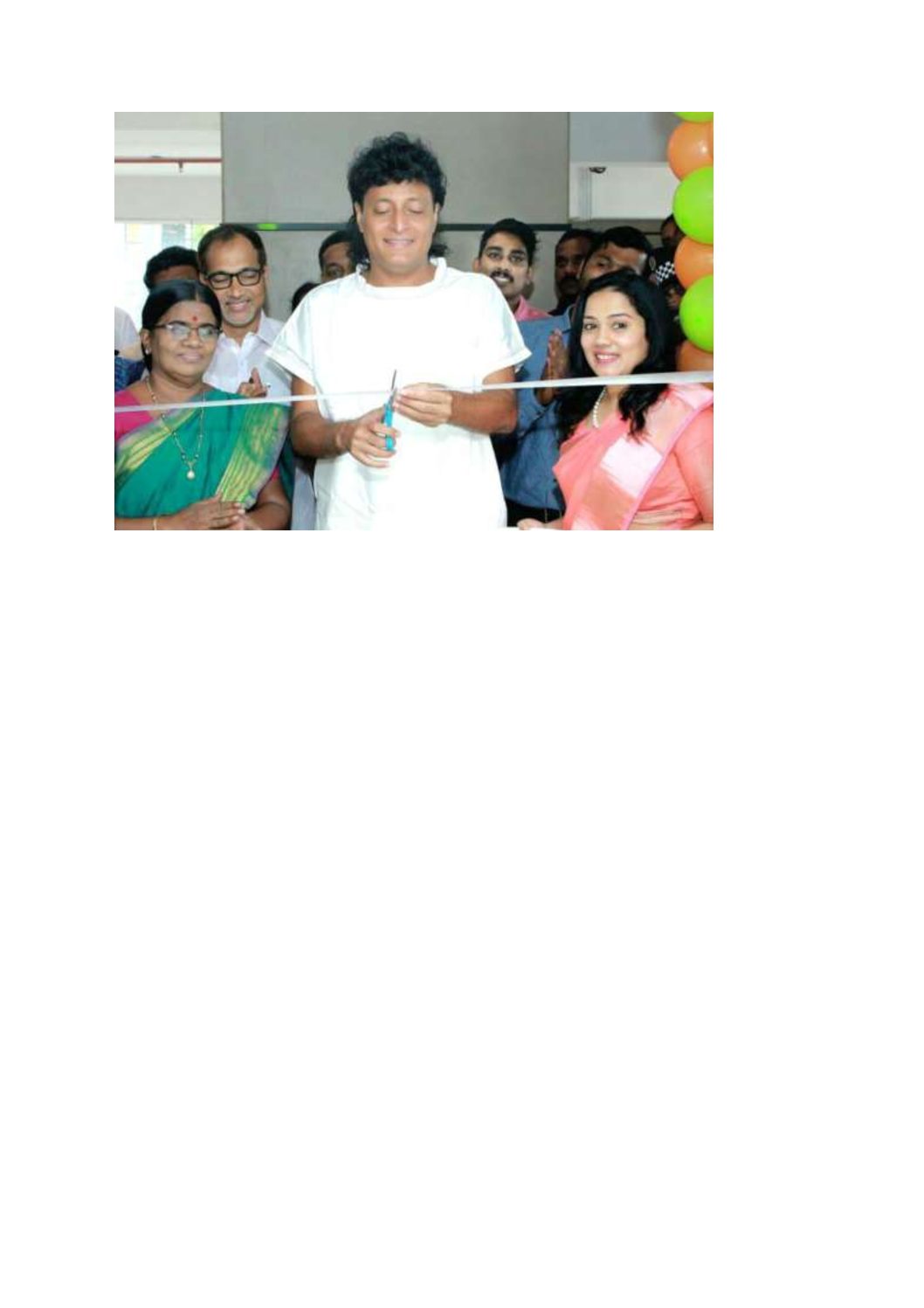 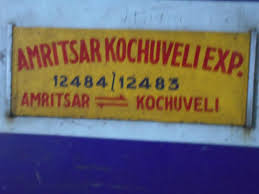 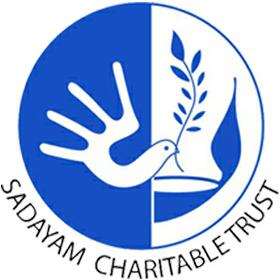 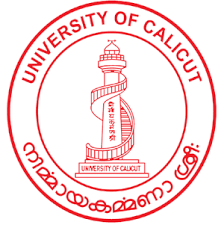 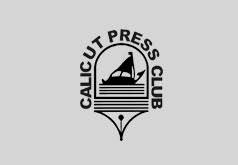 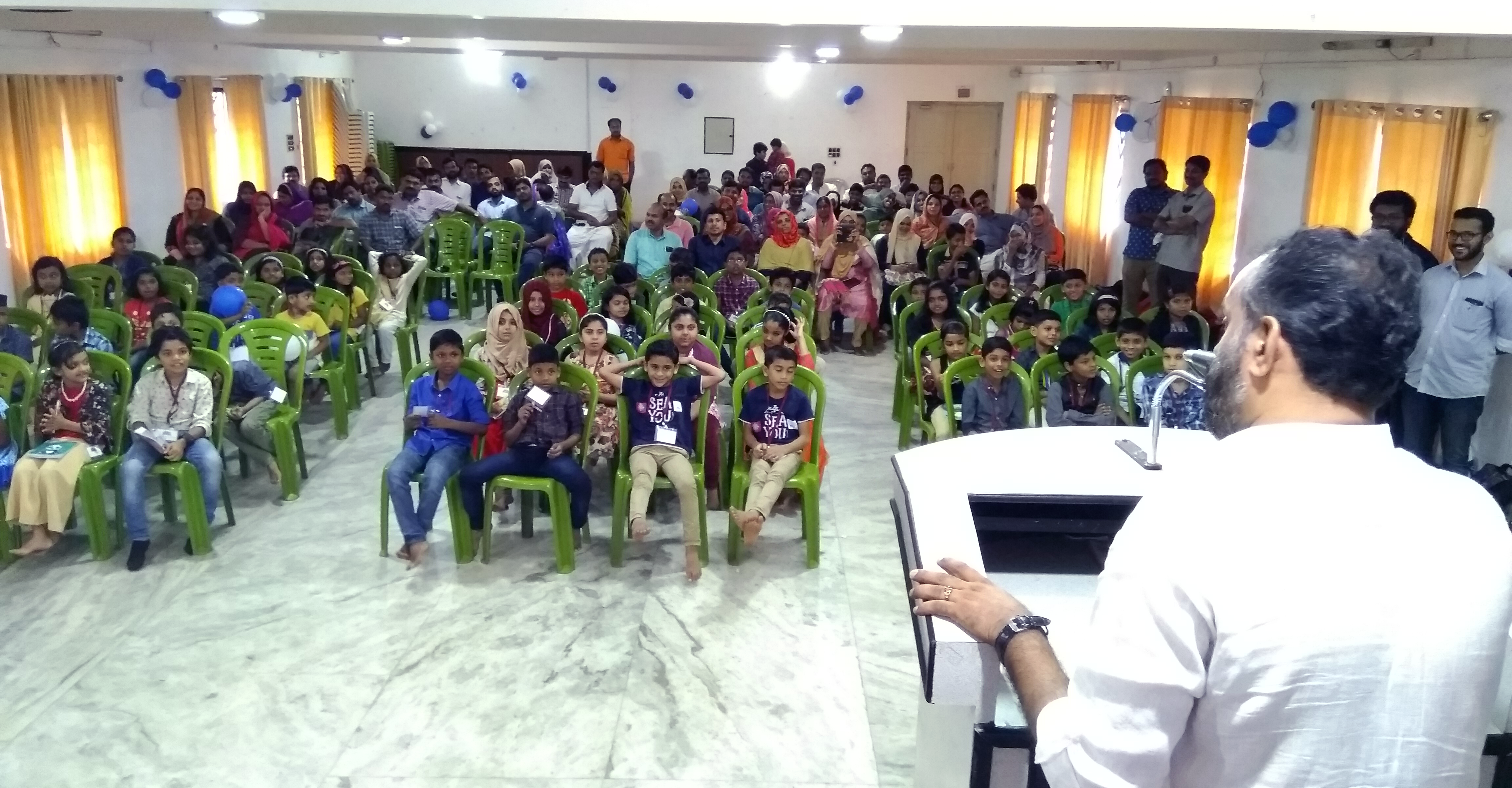 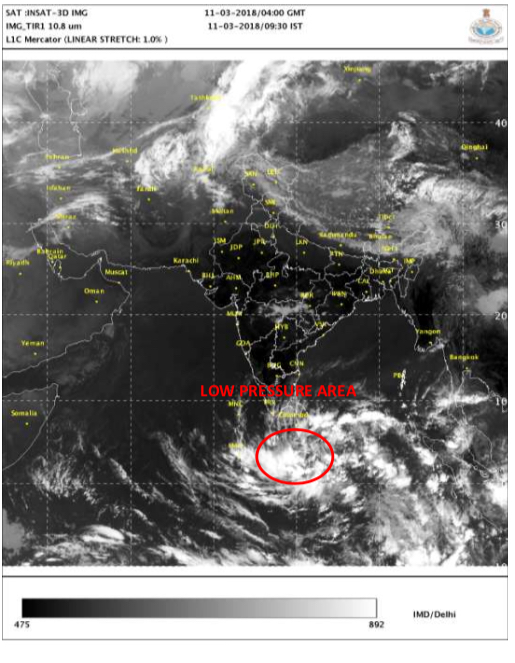 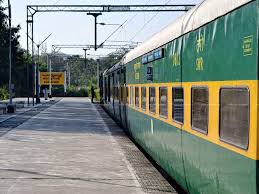 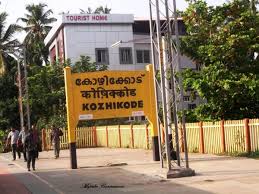 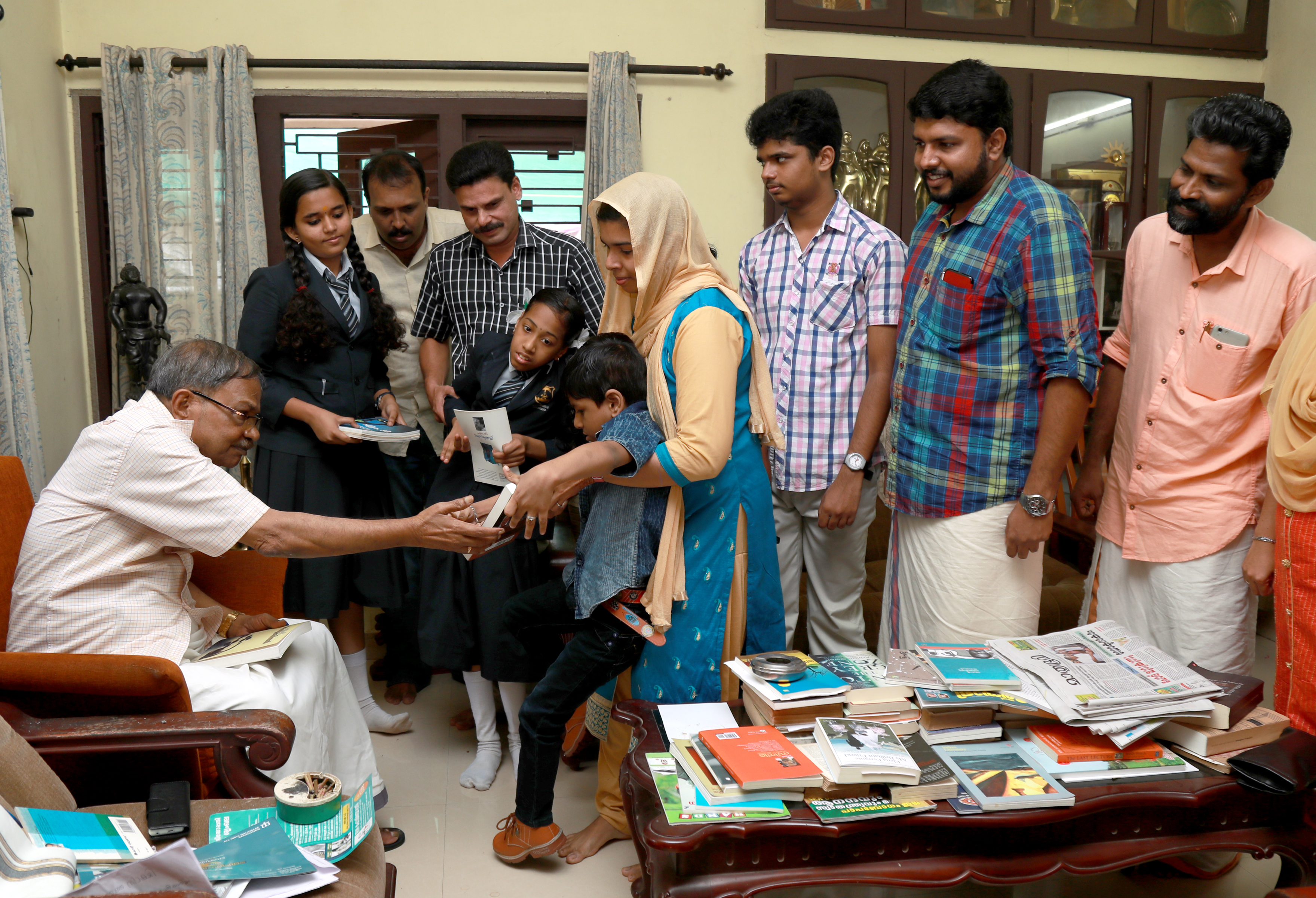 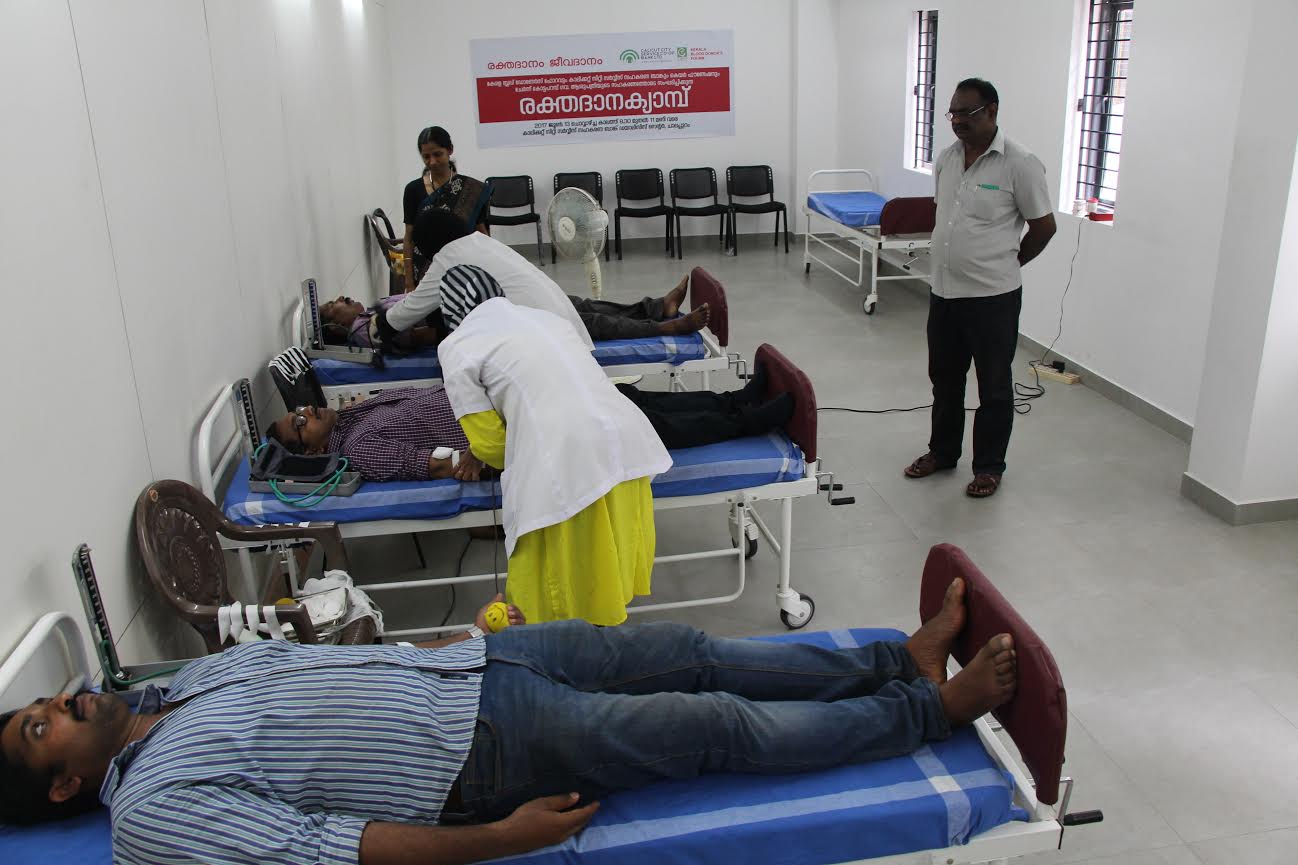 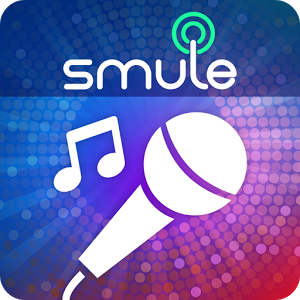 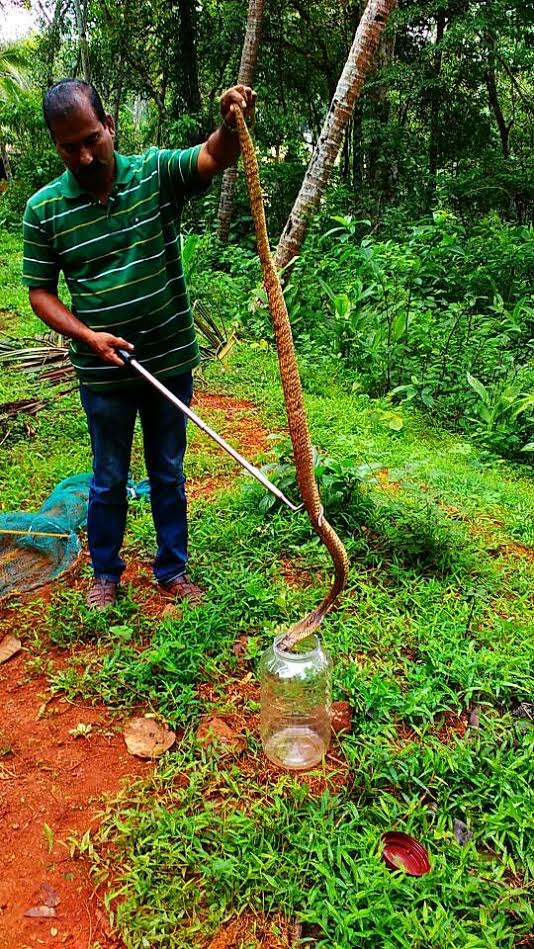 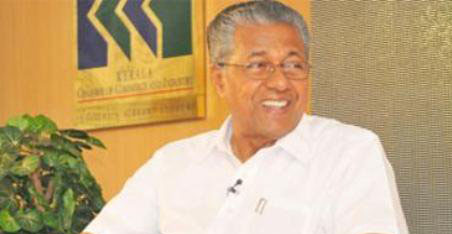 CNM Movie Reporter Bollywood dream girl Hema Malini is all set to make a comeback with Shimla Mirchi. Meanwhile, the actor shared an early picture of her film. The picture is very specific. This photo taken by Hemalini in the guise of Goddess is now the talk of the fans. The actor says that she […]

Bollywood actor Saif Ali Khan will play the role of Ravana in Prabhas’ movie Adipurush, which is being prepared by Om Rout based on the Ramayana story. This is the first time Prabhas and Saif Ali Khan have teamed up. Prabhas made the announcement on his social media account. Prabhas shared the poster saying that […]

CNM Reporter In Kozhikode district, 519 new cases of Covid-19 have been reported.District Medical Officer Dr.V.Jauyashree said,today that the test positivity rate in the  district is 6.65%. About 501 people were infected through contact.  7800 people were tested. The source of the fourteen  is unknown. Another 326 people who were being treated at Covid hospitals and FLTCs in […]

CNM Reporter  Union Minister of state for Education  Sanjay Dhotre inaugurated the 1500-room hostel in virtual mode The newly constructed Mega hostel at NIT Calicut was inaugurated by the Union Minister of state for Education, Electronics &amp; Information Technology and Communications,Sanjay Dhotre via video conferencing. Speaking on the occasion, Dhotre noted that the collective efforts of faculty, staff […]

BJP Kerala state president K Surendran visited Marad beach in Kozhikode as part of his Vijay Yathra. He paid rich tribute to fishermen who were killed allegedly by a terrorist outfit at Marad in 2003. He said some terrorists outfits are repeating same method of killing in different parts of the state. Terrorists who are trained in arms and […]

M.Rajesh India’s premier Management School, The Indian Institute of Management Kozhikode (IIMK) and Sage Publications have come together to release authoritative works by expert IIMK faculty members primed for the new normal in a post-Covid era. The lead book – Karma Sutras: Leadership and Wisdom in Uncertain Times – of the four part-series has been authored by […]

Head of institutions should submit assembly poll duty details of staff  in their offices to the respective village offices on Feb 26 and 27 in the prescribed format available at village offices,said Kozhikode District Electoral Officer . Central,state,public sector  employees,bank 9. Those who have  not yet received the duty information may contact their concerned […]

Centre’s Thalappadi – Chengala Bharat Mala Contract to Uralungal Society *First Stretch of National Highway 66 Six Laning; Construction period of 2 years and 15 years maintenance period.ULCCS won the bid at a cost of 1704.125 crore. Adani and KNR  Groups are among the top losers in the bid. Uralungal Labor Contract Cooperative Society has been awarded […]

CNM Reporter  Union Minister of state for Education  Sanjay Dhotre inaugurated the 1500-room hostel in virtual mode The newly constructed Mega hostel at NIT Calicut was inaugurated by the Union Minister of state for Education, Electronics &amp; Information Technology and Communications,Sanjay Dhotre via video conferencing. Speaking on the occasion, Dhotre noted that the collective efforts of faculty, staff […]

M.Rajesh India’s premier Management School, The Indian Institute of Management Kozhikode (IIMK) and Sage Publications have come together to release authoritative works by expert IIMK faculty members primed for the new normal in a post-Covid era. The lead book – Karma Sutras: Leadership and Wisdom in Uncertain Times – of the four part-series has been authored by […]

NIT Mega Hostel-II for Boys ready to occupy;Union Edu Minister for State to open it on Feb 26 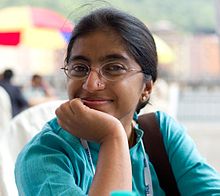