A dawn to dusk hartal called by LDF district committee in Kozhikode has hit the normal life. Travelers from distant places who reached the city in the early morning suffered lot.Meanwhile KSRTC buses conducted services. Private vehicles and few city auto-rickshaws are running .Shops and establishments are closed.Petrol pumps in the city were packed with customers.

KSRTC buses conducting special services to Kannur,Kottiyoor temple,Thalassery .Almost all the trips were packed with passengers.But,private buses took off from the road.Few buses had service in the morning.After few hours they refused to conduct service.

‘We will protest peacefully’-P. Mohanan
He asks party men “Don’t block vehicles during hartal”
…………………………
CPI(M) Kozhikode district secretary P. Mohanan said today that the party would protest, peacefully.
He was speaking to CNM at the party office in Kozhikode.

He said RSS was trying to provoke them.
He urged party workers to keep away from any outburst during the hartal such as blocking buses and vehicles.
“But we won’t fall prey in their trap.We will rise people’s protests in a democratic way. Kozhikode office attack is part of a national agenda of RSS. This attack was a planned one.”

“It was around 1.10 am.I was coming back after attending a parry function at Kuttyadi. I had informed my party colleagues at the district office,that I was on the way to stay there.They waited me at the veranda.Once,I reached there,the bomb was exploded.We had narrow escape.The miscreants hurled the steel bomb from distance since they noticed the party workers in the front area itself.A glass window was damaged in the explosion.Another bomb was caught on the spot,unexploded. One window glass broken in the attack” 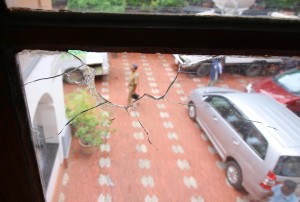 ‘Senseless’ hartal disturbs public
………………………….
Hartal is being considered as an anti- people activity by the courts and human rights groups.And some of the LDF partners like CPI often speaks against hartals.
CPI state secretary Kanam Rajendran had a stern stand against hartal and he disclosed his stand ,earlier.
But the left declared hartal in Kozhikode affected common men,mainly because it was declared early morning. Usually,hartals are declared on the previous day. Many workers.students and travelers from different parts wandered miles in search of drinking water,tea or snacks.Hotels and shops were closed.Large number of people crowded in the new bus stand premises to have a cup of tea and snack,where ,a temporary tea shop was arranged.In most of the city outskirts ,there was no such facilities,too. 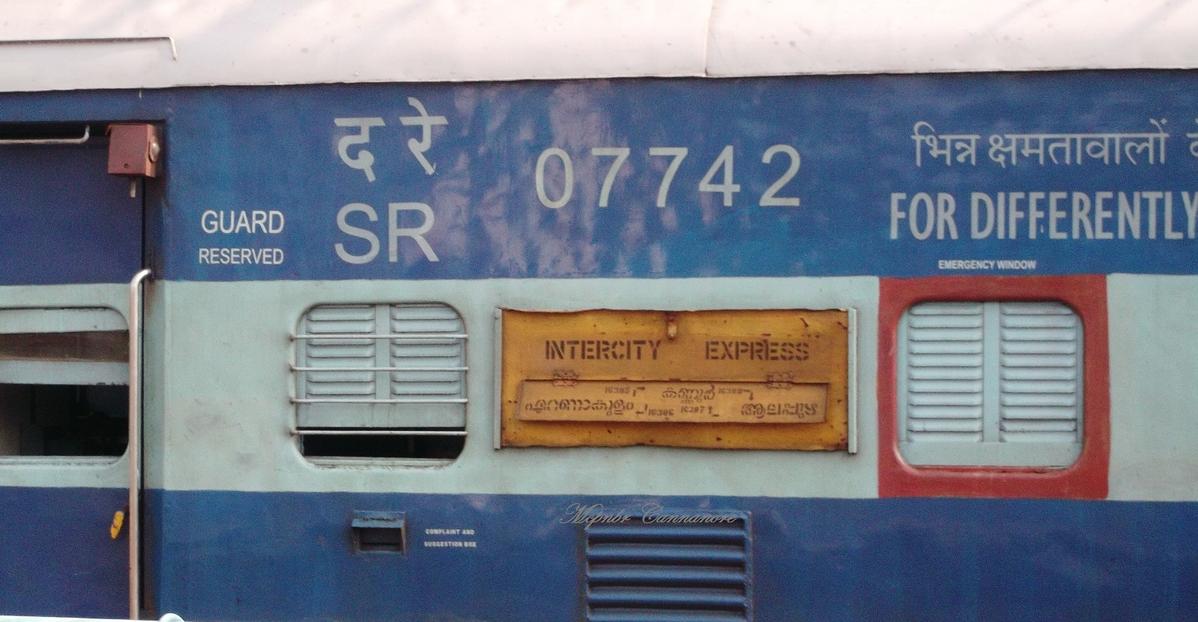 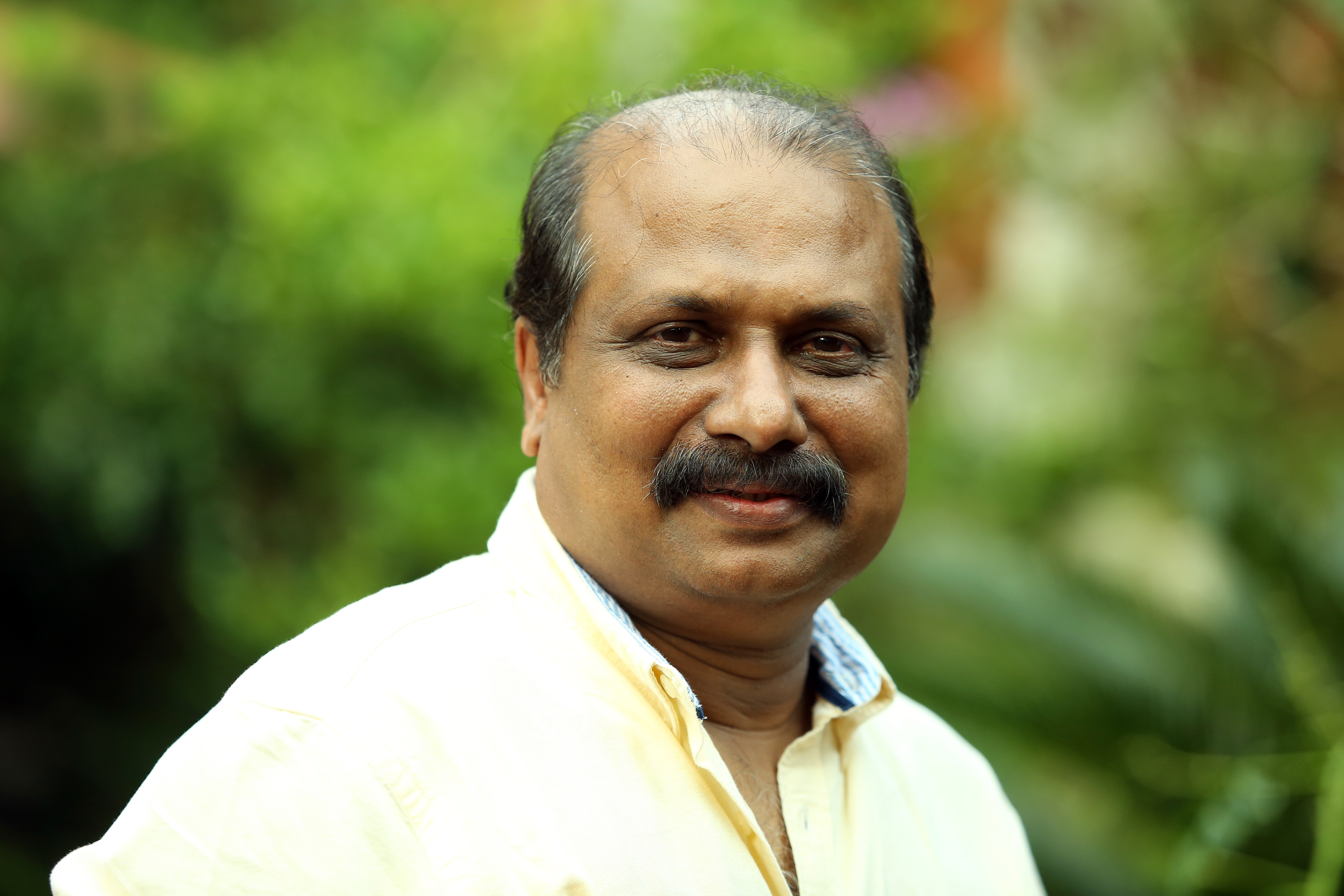 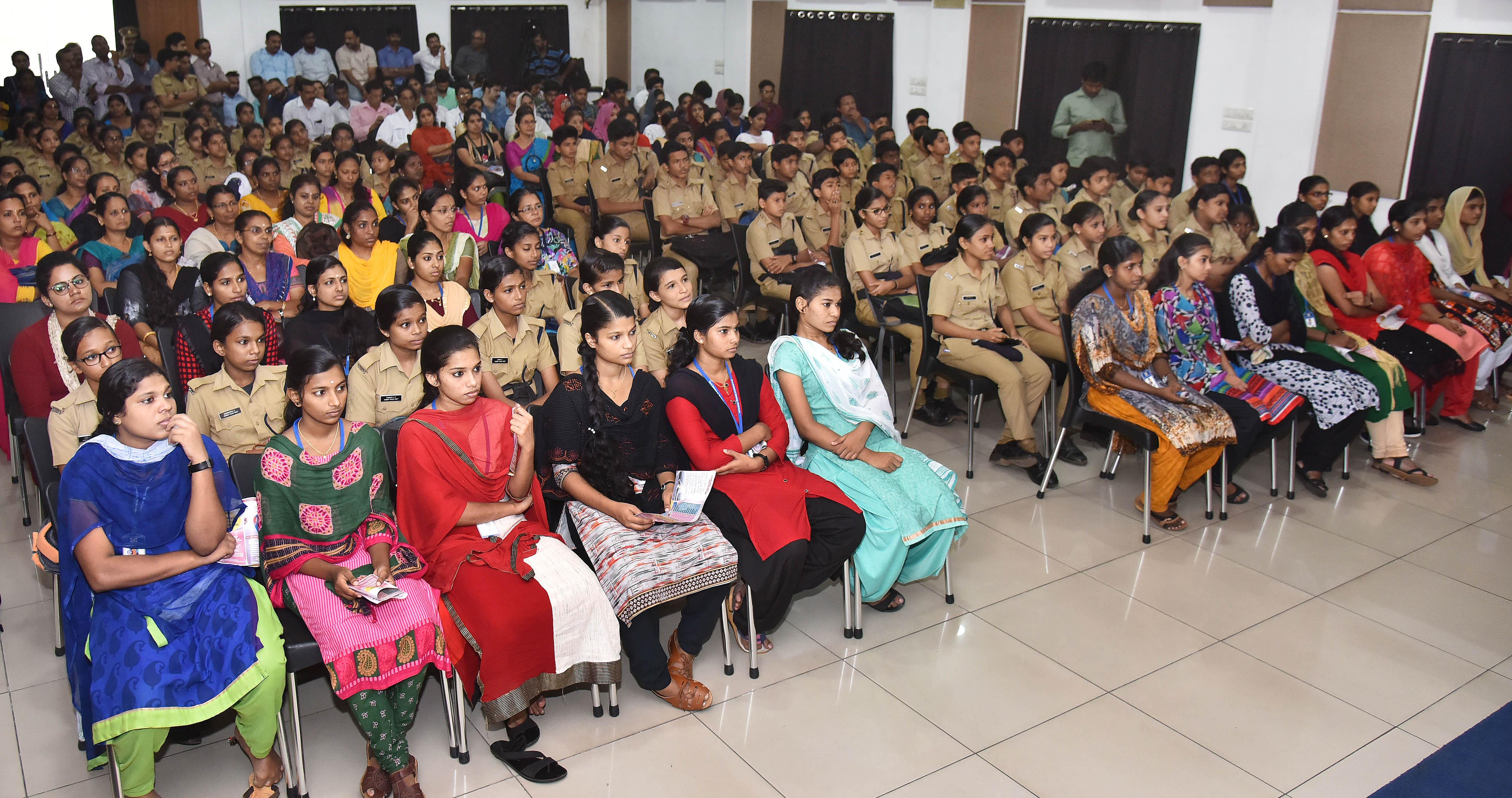 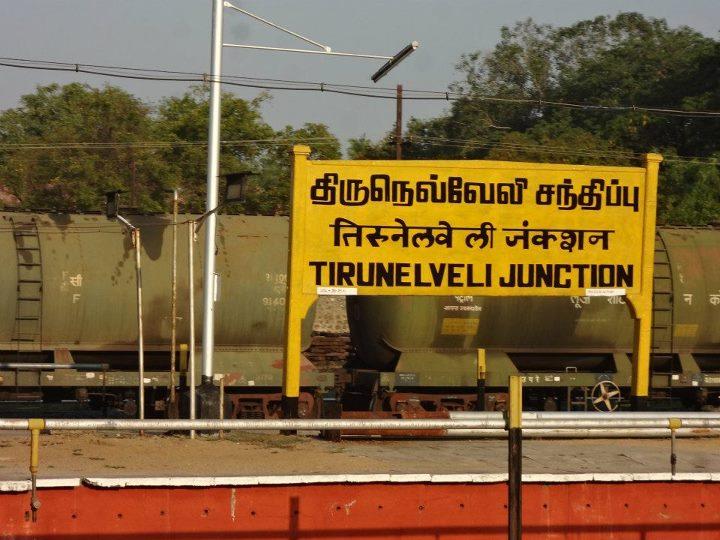 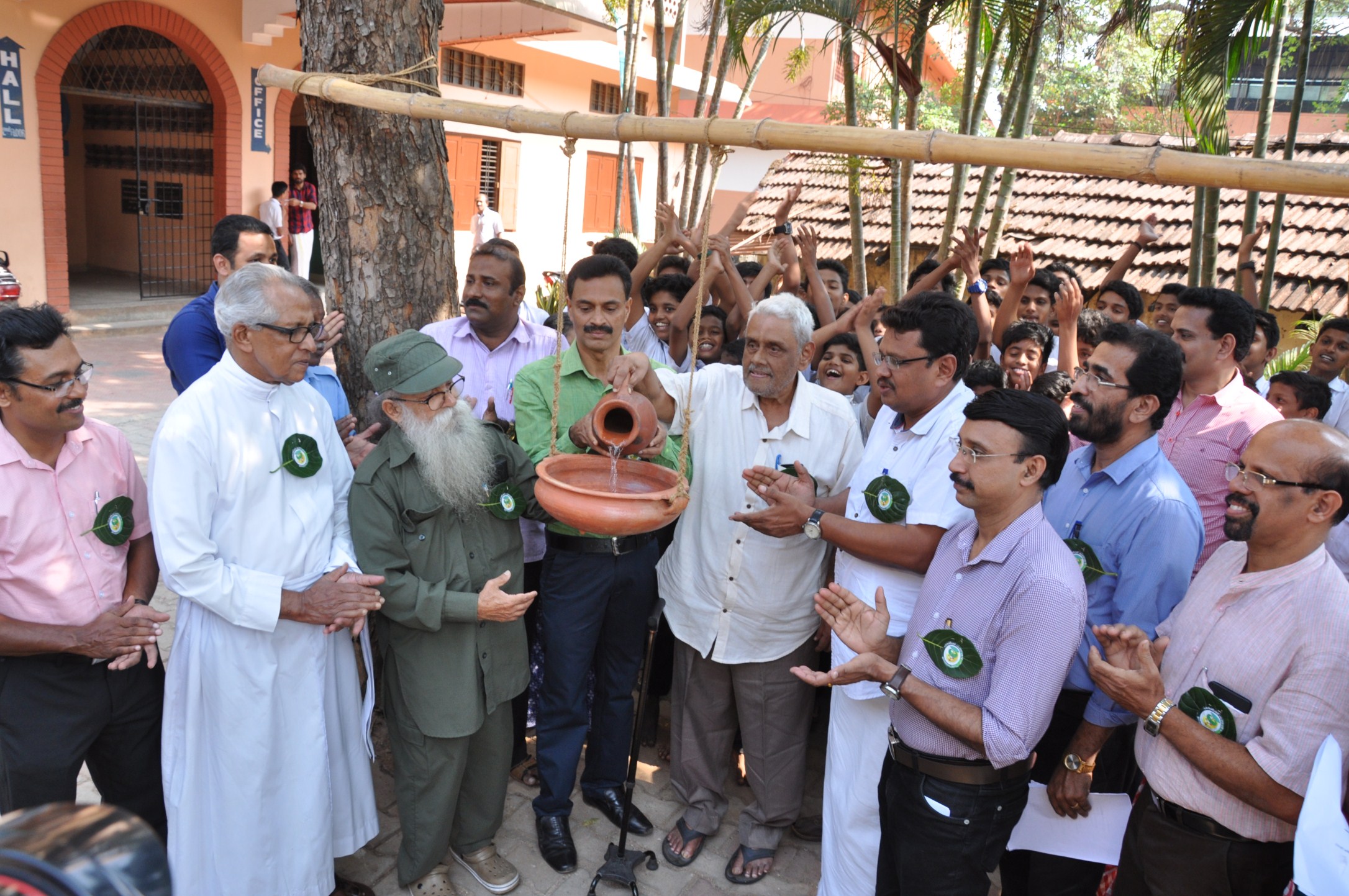 Gold catch at Wayanad;jewellery in Kozhikode under scanner

BJP alleges P.K Kunhalikkutty has a role in Marad case

Organ donors and recipients get together on Oct 7

Finally,gov.offices will move to KSRTC terminus?

MSF agitation against the killing of Gauri Lankesh 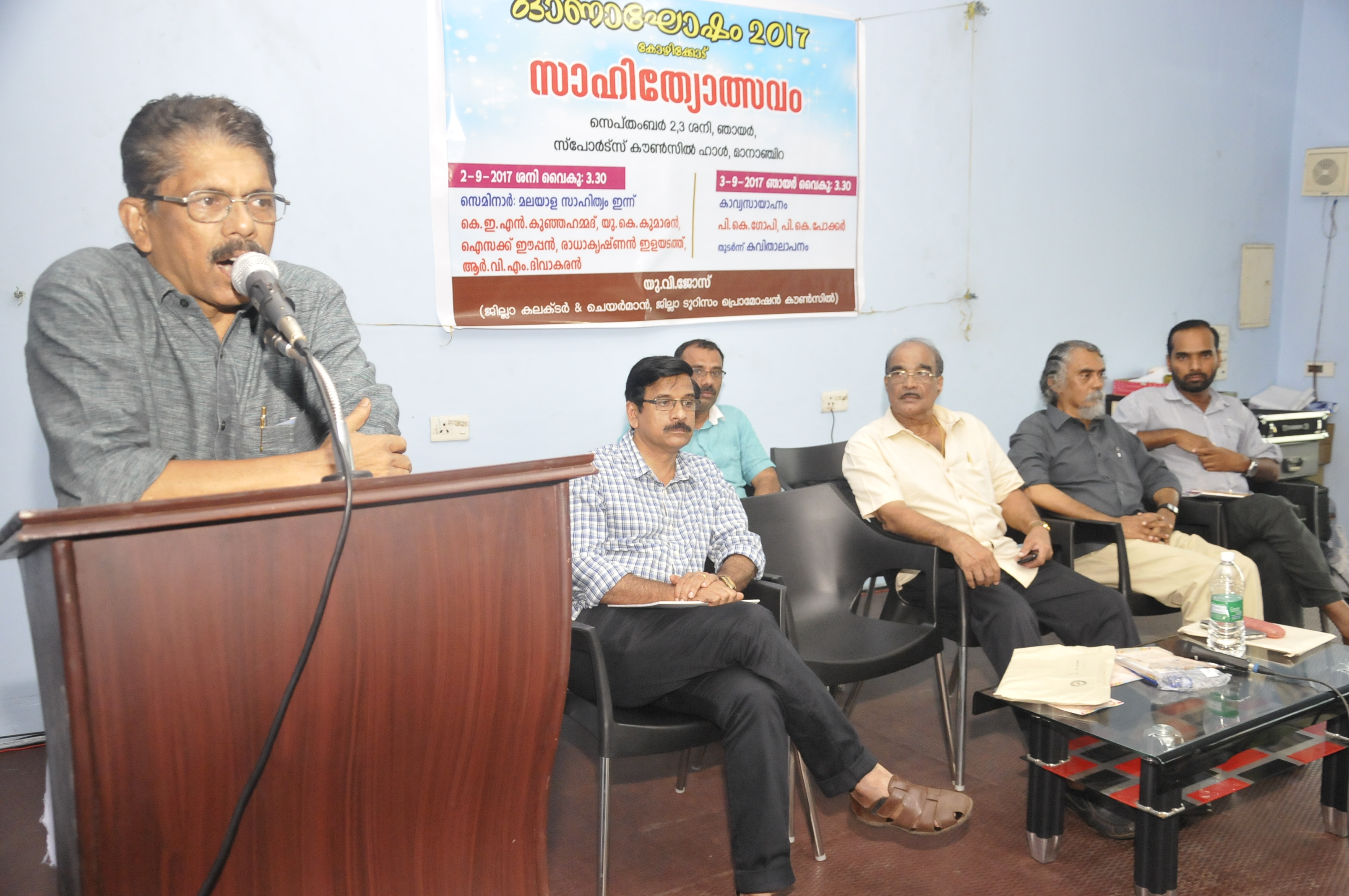 Onam;a fest of literature too

Dr.M.K.Muneer speaks out against female circumcision

Kayakers from 11 countries to take part in Malabar River Festival

Nurses will go on strike from June 15-UNA

We are open to people-CM Pinarayi Vijayan

Ganga Devi back to home from short stay home

Athirappally is the only solution for Kerala’s power supply; minister MM Mani

Trains cancelled between Kozhikode and Kannur

Anbu Selvi gets recognition for her contribution in theater

Books give us some relief-Sara Joseph

Free wi-fi, and high speed internet to launch at Vatakara and Thalassery stations

Pre-bid meeting on redevelopment of Kozhikode and Chennai stations

More grand festivals in next year

Ad.M.Ratna Singh is no more

Bus strike in Kerala on Jan 24

One language; one world ; “Why do we speak for English?”

“Yoga is a symbol of the universal aspiration for health and well-being.”-PM Modi

Calicut expo : tax exemption in the name of charity

NOTA gets 8889 votes in Kozhikode

How electronic voting machine is used? What are the process for voting? Watch this video

Assembly poll-Kozhikode district at a glance

Justice for Jisha:sparking protests in Kozhikode

“I do my vote.”-Votee reaches to masses with poll message

AN ECO-FRIENDLY INITIATIVE IN SOUTHERN RAILWAY

Ahead of a protest